Value yourself A Motivational Story

A speaker started off his seminar by showing a $20 to the public. He asked the people “who wants this?” There was no surprise to see that all of them lifted their hands. He offered to give the money to one of them but insisted that he will do something to it. 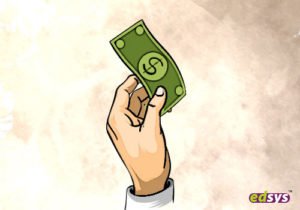 He crumpled the paper money and showed it again to the crowd and repeated the question. Still, everyone raised the hands. He then put the money into the ground and stepped on it and then raised it again and offered it to the public.

The people gathered there still showed interest to take that money despite seeing how dirty the note was. He told the public” No matter what I did to this money, you all still wanted this.

You all went in favor of my offer just because the value of the money never decreased despite what all I did to it. Similarly, value yourself despite the painful conditions or failures”

Moral: Believe in yourself and work hard to achieve success. Value yourself irrespective of the failures or obstacles and don’t degrade yourself just because of the temporary setbacks.