Kartarpur corridor has realised the dream of devout Sikhs, but done little for lndia-Pak. ties

For millions of Sikhs worldwide, the inauguration Fof the Kartarpur corridor was a dream seven decades in the making. Ever since India and Pakistan were. partitioned with an arbitrary line drawn through Punjab, the placement of Kartarpur, where Guru Nanak spent his last years, meant that while a majority of his devotees were left on one side of the border, his last resting place was left just four kilometers on the other side. Unlike the other major Sikh shrine at Guru Nanak’s birthplace Nankana Sahib, Kartarpur Sahib was off Pakistan’s highways and therefore fell into dis~ use. Those keen to see it was restricted to peering through binoculars at a border check post. Saturday’s inauguration of the renovated shrine in Kartarpur by Prime Minister Imran Khan, and the access to the corridor from Sultanpur Lodhi on the Indian side by Prime Minister Narendra Modi saw the fervent hopes of all those people being granted, timed with the 550th birth anniversary of Guru Nanak. The corridor, which will ale low 5,000 Indian pilgrims a day to walk visa-free into Pakistan, pay obeisance and then return to India, is unique. If both governments are willing, it could lend itself to other cross-border connections for Hindus and Sikhs to visit shrines in Pakistan, and for Muslims and Sufism followers to visit shrines just across the border in Gujarat and Rajasthan. That it was completed from start to finish in a year that saw relations between the two countries plumb new depths, is also nothing short of a miracle: from the Pulwama terror attack and the Balakot strikes; the slugfest over the government’s moves on Kashmir; the recall of High Commissioners; and even Pakistan’s repeated denial of overflight rights to Prime Minister Narendra Modi’s aircraft on foreign visits, it was a downward spiral. Each event was accompanied by sharp rhetoric and recriminations, yet the Kartarpur process was not derailed. In that sense, the Kartarpur shrine has fulfilled the. promise it held out to the devout, but hasn’t lived up to its potential for diplomacy. It had been hoped, ‘when Pakistan’s Army Chief General Qamar Javed Bajwa first conVeyed Islamabad’s acceptance of India’s long-pending demand for the corridor, that this would lead to a new sense of understanding between the two governments as well. Instead, Pakistan’s encouragement of Khalistani separatist groups to use Kartarpur as a platform has been a constant cause for suspicion for India. On the other side, India’s misgivings have been seen as a churlish response to Pakistan’s efforts on building the corridor. The fact is that neither side has been able to build on the goodwill for the project in both countries to create an atmosphere for talks on other issues. This failure was most evident when both Mr. Modi and Mr. Khan carried out separate inauguration ceremonies; but failed to come together at the border for the launch of the project, though both leaders likened it to the “coming down of the Berlin wall”. For that promise to be realized, leaders will need to walk the extra mile, both literally and figuratively. 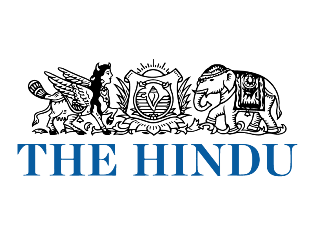 The Hindu editorial by topsarkarinaukri.in