A marine biologist put a shark into a big tank at the time of a research experiment. Followed by that, he released some tiny bait fishes into it. 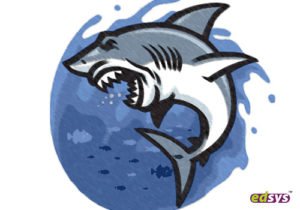 As expected, the shark didn’t wait to attack those fishes and ate them. Later, a clear fiberglass was inserted into the tank which partitioned the tank into two and the shark remained in one side.

A similar set of bait fish was sent to the other side of the tank like before. And the shark attempted to attack those fishes but failed by hitting on the fiberglass.

The shark attempted for several days until it gave up. Later, the biologist removed the glass from the tank but the shark didn’t try to attack the small fishes.

The shark always continues to see a false barrier in the tank and stopped his attempts.

Moral: It is quite common for many people to give up after many setbacks and failures. The story is an example for keep trying always and to never give up despite multiple failures.