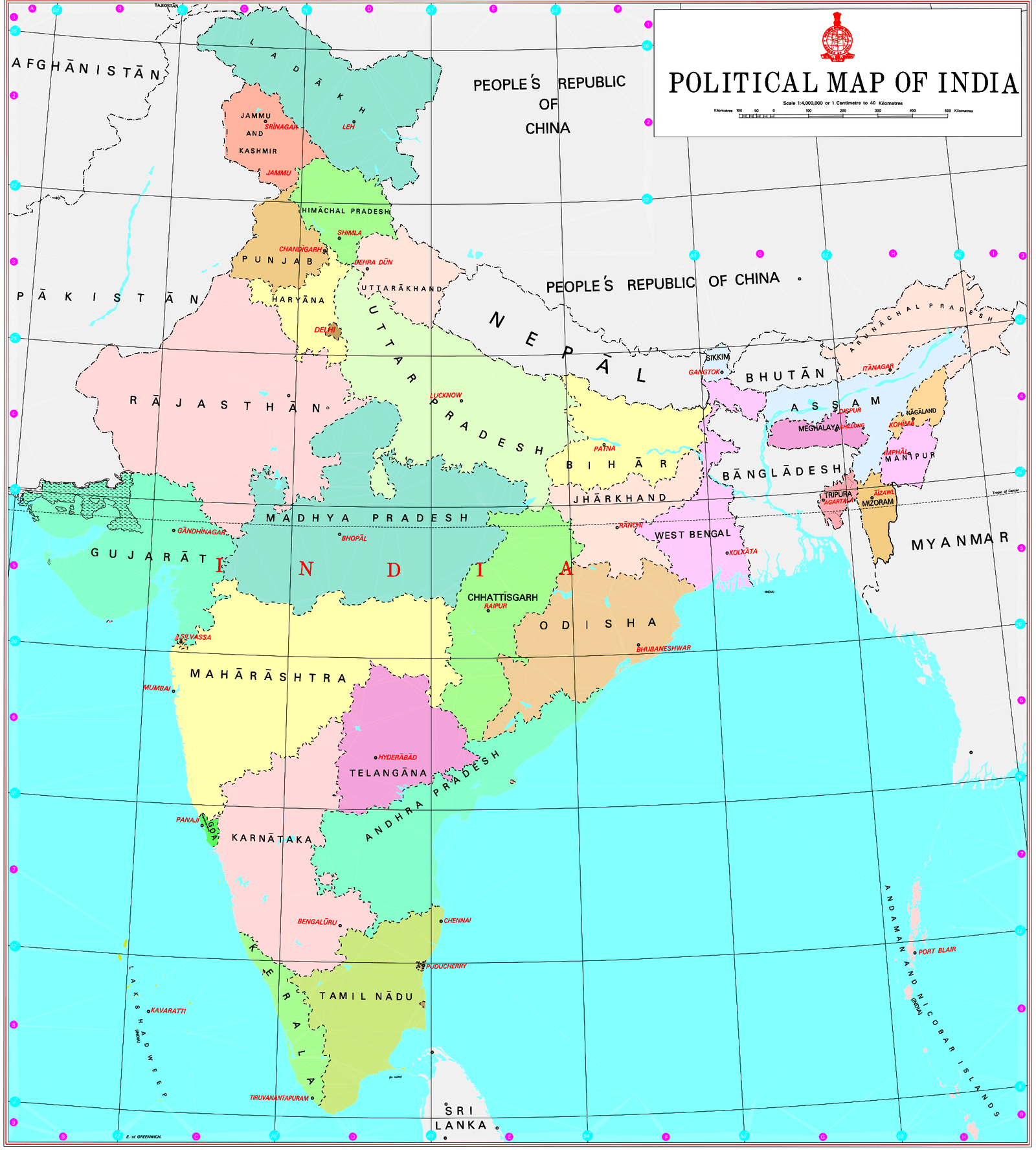 India is officially known as the Republic of India and is comprised of a total of 28 states along with nine union territories. India is the second most populated country in the world and the world’s largest democracy. The country’s coastline measures 7,517 kilometers in length, out of which 5,423 kilometers belongs to peninsular India and 2,094 kilometers belongs to Andaman, Nicobar and Lakshadweep island chains. Additionally, the Indian naval hydrographic charts along with mainland coastline include 43% sandy beaches, 36% mudflats, marshy shores 10% and rocky shores 11%.

Eastern India includes the states of Bihar, Jharkhand, Odisha, West Bengal, and a union territory Andaman and Nicobar Islands. The total population of these states is 226,925,195. The Eastern zone covers a total area of 418,323 sq. km. Bengali is the dominant language in the state of West Bengal whereas Odia and Hindi are the principal languages in the states of Odisha, Bihar, and Jharkhand. English, Maithili, Nepali, and Urdu are other languages spoken in Eastern India.

The Western region of India covers a total area of 508, 052 Sq.km. Some of the popular states of western India are Gujarat, Goa, and Maharashtra with the Union Territories of Daman and Diu and Dadra and Nagar Haveli. Mumbai, the financial capital of India is the capital city of Maharashtra. The states of western India have a prosperous economy with a relatively high standard of living. Official languages of the Western Indian states are Marathi, Gujarati, Konkani, and English.

Southern India covers states like Tamil Nadu, Karnataka, Kerala, Andhra Pradesh and Telangana with the union territories of Lakshadweep. and Puducherry. Over 19.31% of India’s total area is occupied by these states and union territories. Bengaluru, the capital of Karnataka is known as the ‘Silicon Valley of India’ because it is India’s leading exporter in the IT sector. Most populous cities of South India are Bengaluru, Hyderabad, Chennai, Coimbatore, Cochin, and Mysore.

Northeast India includes the seven sister states of Arunachal Pradesh, Assam, Meghalaya, Tripura, Mizoram, Manipur, and Nagaland. The Himalayan state of Sikkim and the Jalpaiguri Division are two important parts of northeast India. There is a great ethnic and religious diversity within the seven sister states. The Central zone of India primarily refers to Madhya Pradesh and Chhattisgarh.