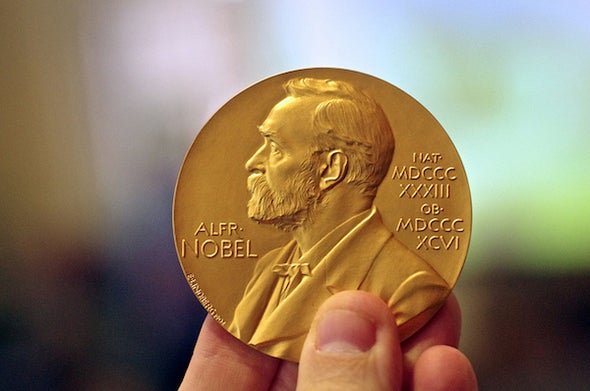 Alfred Nobel was a very wealthy and successful man. He had become an expert in chemistry and invented three of the most commonly used explosives in the world – dynamite, gelignite (used in mining) and ballistite, which is still used as a rocket propellant today.

With the huge fortune he made from these inventions, Nobel bought an engineering company called Bofors and turned it into an arms manufacturer. He made another enormous fortune designing cannons and guns and selling them around the world.

Then, in 1888, Alfred’s brother died while visiting France.

A French newspaper thought it was Alfred who had died and they published an obituary that began like this: THE MERCHANT OF DEATH IS DEAD. Dr. Alfred Nobel, who became rich by finding ways to kill more people faster than ever before, died yesterday….

Alfred Nobel was shocked. Was this what people thought of him? Was this the legacy he would leave to the world?

That’s when he decided to use his vast wealth to make a positive difference. Nobel set up a foundation with $250 million dollars in funding. Every year the foundation would consult the leading experts in the world and hand out prizes to people who had made great contributions to humanity. There would be prizes for sciences, for literature, and for promoting peace.

Today the Nobel Prizes are probably the best known and most prestigious awards in the world. They have been awarded to great scientists, authors and activists and helped draw attention to many outstanding works and worthy causes.

Nobel set up his foundation in 1895 just in time to influence his own obituary. He died only a year later. The Nobel Prizes accomplished his wish; they created a very different legacy for him than a reputation as “The Merchant of Death.”

He is not remembered as an explosives inventor or arms dealer, but as one of the greatest philanthropists of all time. He is also a great example of how it is never too late to change your life and help make the world a better place.

Wonder how we will be remembered as?